Inside every company is an even better one

Staufen is an international Lean Management consulting company with a focus on optimizing processes and management in keeping with Lean principles. We help you implement the proper changes quickly and anchor a sustainable culture of change at your company.

And this is true not only at companies struggling with problems — it is just as true at organizations that are already in excellent shape. After all, even market leaders still have potential for further optimization.

We are fast and action-oriented.

We generate quantifiable and visible successes.

We offer consulting as respectful partners.

We enable management and employees.

We actively support you on site

Our particular strength is actively supporting you on site. We believe that people learn by experiencing something themselves, not by spending hours listening to presentations. Our consultants don’t sit back and watch, they roll up their sleeves. And we don’t just orient ourselves towards whatever wind is blowing: we orient ourselves towards the best. We quickly achieve quantifiable peak results through

our lighthouse projects. Your employees will see for themselves that these changes work, and they will be open to them throughout the company. It goes without saying that changing the status quo is not easy. Nevertheless, we believe that it is fun to help optimize a company. These kinds of changes not only take time and money: they result in time and money.

Change is not a project – it’s a culture

Our goal is not to take all of the work off your hands. On the contrary:  we work towards making ourselves redundant. At our Academy, we enable our executives to establish a sustainable culture of change independently. After all, process excellence needs leadership excellence. And changes do not take place by reading something to people: they have to experience them personally. People make the difference. This makes your company lean, clever and able to keep optimizing. The productivity of your

organization and your operating results will clearly show a positive development. In other words, inside your company, there’s a better company waiting.

And that not only makes you happy: it makes us happy too. We are pleased to make others more successful. Excellent results motivate us to do our best every day. Nothing makes us as satisfied as the success of our clients. We are certain that taking the right approach makes anything possible. 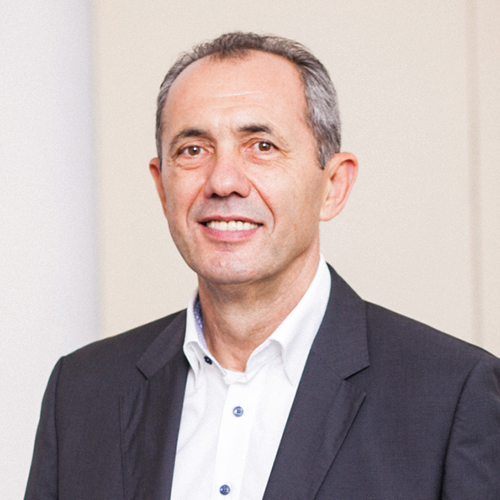 Wilhelm Goschy initially acquired Lean experience at Dr. Ing. h.c. F. Porsche AG. As a senior partner and business unit head at Staufen, he has developed executives, managed large-scale projects, and designed the training program for lean experts. He has been a member of the Staufen management board since 2011. The areas of his focus are on value stream-oriented production concepts, implementing value chains and coaching executives. 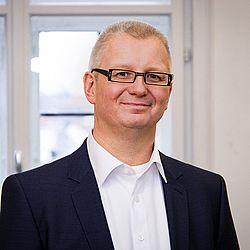 Michael Hahn, Member of the Management Board

Michael Hahn joined Staufen’s team of consultants in 1999. During his studies of polymer technology, he gained industry experience at Robert Bosch GmbH. At the Japanese factory-planning company Chiyoda, he worked as a project engineer who contributed to international greenfield projects for OEMs in the automotive industry. A main area of focus was planning and constructing a new plant for Daimler in Juiz de Fora, Brazil. 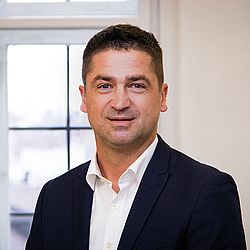 Markus Riegger, Member of the Management Board

Markus Riegger has worked for Staufen since 2008. His career began as a continuous improvement process manager at Daimler. In the Mercedes Car Group, he served as a Mercedes production system expert in South Africa, the Netherlands and at German sites, and he helped implement the Mercedes-Benz production system. In his position as the head of DaimlerChrysler production system direct processes at the Mercedes Truck Group, he was responsible for implementing shopfloor management and coaching at the plant in Wörth, Germany and at Japanese sites for FUSO trucks. 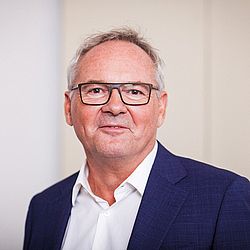 Martin Haas,  Chair of the Supervisory Board

Founder of Staufen. After completing studies of mechanical engineering, Haas spent many years serving as an executive and line manager (for companies such as Daimler-Benz) as well as working in applied research (such as Fraunhofer Institute for Industrial Engineering). Trips to Japan in the early 90s were among the sources of inspiration which led him to the topic of lean management, and Haas began working as a freelancer in 1992. 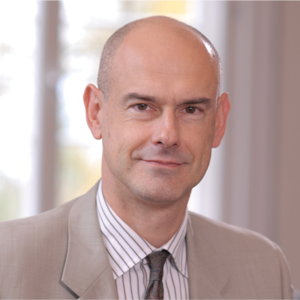 He began his consulting career in 1989 at large and mid-sized enterprises, including work in the chemical industry at Enichem and Grace in the organizational department. Later he developed TQM approaches and methods, and he implemented projects focusing on business process re-engineering and lean organization. His current main activities include process re-engineering, factory re-organization and product development. 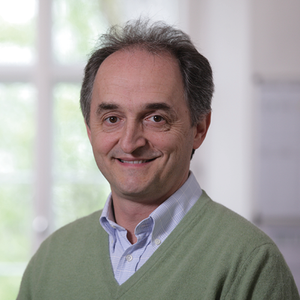 For over twenty years, Salomone has served as a consultant to mid-sized and large companies in Europe. He has experience in the food and beverage industries (at Unilever, Bakemark, Galbani, Lavazza, Bonduelle, Leaf, Heineken, BBH-Baltika, Castello) and many years of experience in the automotive (tier 1, tier 2) and textile industries. Fabio Salomone is also a senior expert and trainer for outdoor education. He is the head of the Staufen country office in Italy. 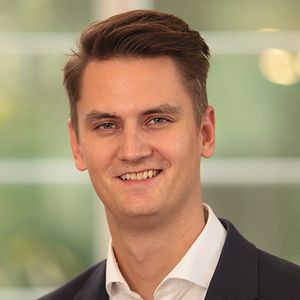 Since 2014 Alexander Wagner has been working as a Project Manager to develop process and management expertise in overseas placements and international project assignments lasting several years. He has over six years of experience in transformation processes in various sectors, including automotive, mechanical engineering, electronics and transport, and has already successfully supported many clients in their change processes. For two years he has been supervising the establishment of the Staufen branch in Mexico and, from 2020, will be responsible for the development of Staufen in Central Eastern Europe. 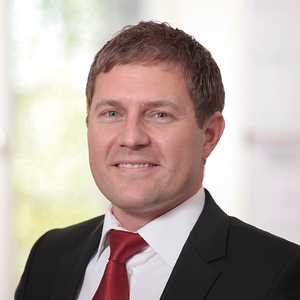 After several years of experience at the four-cylinder diesel engine production segment of Audi Hungária, he switched to the in-house consulting team of Audi in Germany. His focus is on conducting kaizen workshops before and after SOP in engine and vehicle production as well as developing and implementing a variety of lean methods and tools. Furthermore, he actively contributed to the concept development of the new lean production system at Audi and the VW Group. At Staufen, he has been the principle in a variety of different lean transformation projects. He serves as the country manager for the Staufen Country Office Hungary. 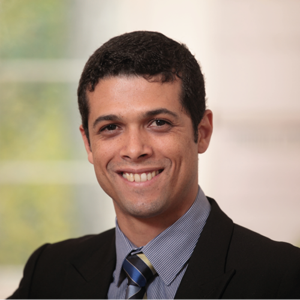 Dário Spinola has been implementing Lean for 14 years in Brazil, China as well as delivering coaching, workshops and lectures in other countries. For Taktica Lean Consulting he worked with Alstom Hydro in China for 6 years and has directly managed the machines transformation from old factory to its brand new factory in Tianjin, under Lean and TPM approach. Also for Alstom Hydro, Mr. Spinola has provided coaching to: establish lean strategic planning, develop a lean production system for Alstom Hydro, he has established the framework and the Lean Engeneering audit for China, India and Brazil. He is managing director of Staufen Taktica in Brazil. 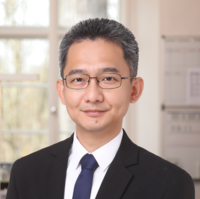 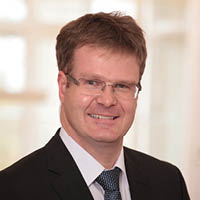 Dr. Hirt studied chemistry at the University of Applied Sciences in Reutlingen, Germany and the University of Basel, Switzerland. He finished his doctorate at the University of Basel in 2000. Dr. Hirt worked in the international chemical industry at Ciba and BASF. At BASF, he was responsible for implementing a variety of global Lean Management projects in operational and innovation management; his task was also to transform entire locations. As the secretary of the executive committee at Ciba, he was in charge of senior projects as well as several different departments and technologies. Within the Staufen Group, he is a member of the management of Staufen.Inova AG in Switzerland. 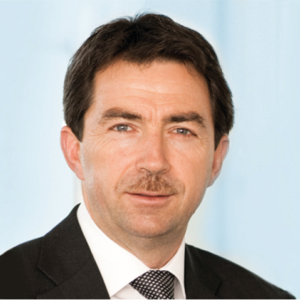 Hodel has extensive industry knowledge due to his many years of management work in the fields of telecommunication and IT, production of electronics and power tools, industrial automation and sensor technology, single-part production, medical devices, food, equipment and equipment manufacturing. As a line manager, Jürg Hodel was an early adopter of the Toyota production system in production, logistics and supplier integration, and he understands the issues and challenges of Lean Management thanks to his long years of experience. Jürg Hodel has been active at Staufen.Inova as a consultant and partner since 2012. 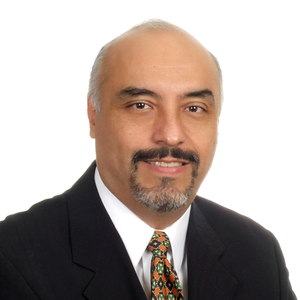 Medellin brings over 20 years of Lean experience from the automotive industry to his consulting work. His career trajectory led him from a position as a production engineer through several different stations until he became a plant manager who won the “Best Lean Plant” award in 2000. In his work as a consultant, he supports highly respected companies and their international plants in consistently implementing Lean philosophy. His work with Dr. Jeffrey Liker helped him become the vice president of the TOYOTA Way Academy in Latin America, among other things. Arturo Medellin has worked for Staufen since 2012, and since October 2016 he has been the general manager of Staufen America with its headquarters in Mexico City.